It is fairly well known that probiotics are the beneficial bacteria that live in our gut and are essential to help us digest food. However their benefits are much greater than that. There has been much interest lately in the connection between the health of our gut flora and immunity. How is it that probiotics affect our immune system, supporting our immunity, fighting off infections and reducing autoimmune reactions?

Probiotic bacteria in the lining of the small and large intestine compete with harmful bacteria for space and access to the cells lining the gut and to the bloodstream. In addition to this, probiotics can support the immune cells in the gut wall. According to Optibac, a leading manufacturer of probiotics, their strain of L. acidophilus supports immune cells and also creates lactic acid, which inhibits harmful bacteria such as Listeria. Some strains of Bifidobacteria, which live in the colon, specifically B. longum, B. breve and B. infantis encourage the body’s production of antibodies, as well as competing with harmful bacteria for space.

In a randomized controlled trial over the winter of 2006-2007, Optibac’s powdered probiotic supplement “for your child’s health” was found to reduce incidence of common childhood infections by 25% in 135 school age children. Dr Gary Huffnagle, a researcher at the University of Michigan, says that, “Some bacteria produce their own antibiotics. These chemicals don’t affect us, but they inhibit the growth of other bacteria. Also as microbes digest food, their metabolic by-products may have adverse effects on their competitors.”

Disturbance in gut flora balance has been linked to autoimmune problems, as an inadequate population of probiotics can lead to a “leaky gut”, in which poorly digested food proteins can pass across the gut lining into the bloodstream, where they trigger an immune reaction, leading to symptoms such as inflammation. Foreign proteins of this size are not normally present in the blood, so the immune system tags them as potentially harmful invaders.

Dr Huffnagle explains the immune link between the gut and the respiratory system as “everything we inhale, we also swallow”. As we inhale pollen, it gets trapped in mucus, and much of it is swallowed. So a “leaky gut” may cause an autoimmune response to pollen particles. A healthy gut flora may help to prevent this. Probiotic levels may be highly significant in allergy development. Also the gut flora support the production of regulatory immune cells, that wind down immune reactions after infection, and prevent excessive inflammation.

Healthy gut bacteria can be encouraged through a diet high in soluble fibre, also known as “prebiotics’, as well as through consuming yogurt and taking probiotics. Prebiotics, present also in some probiotic supplements, feed the growth of our own natural, varied gut flora.

6 thoughts on “Probiotics and the Immune System- What’s the Link?” 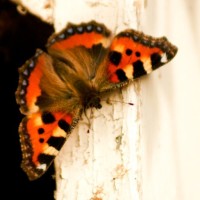 Blogging on parliament, politics and people, from the History of Parliament

Crafting my thoughts into poetry and prose.

I am not a silent poet